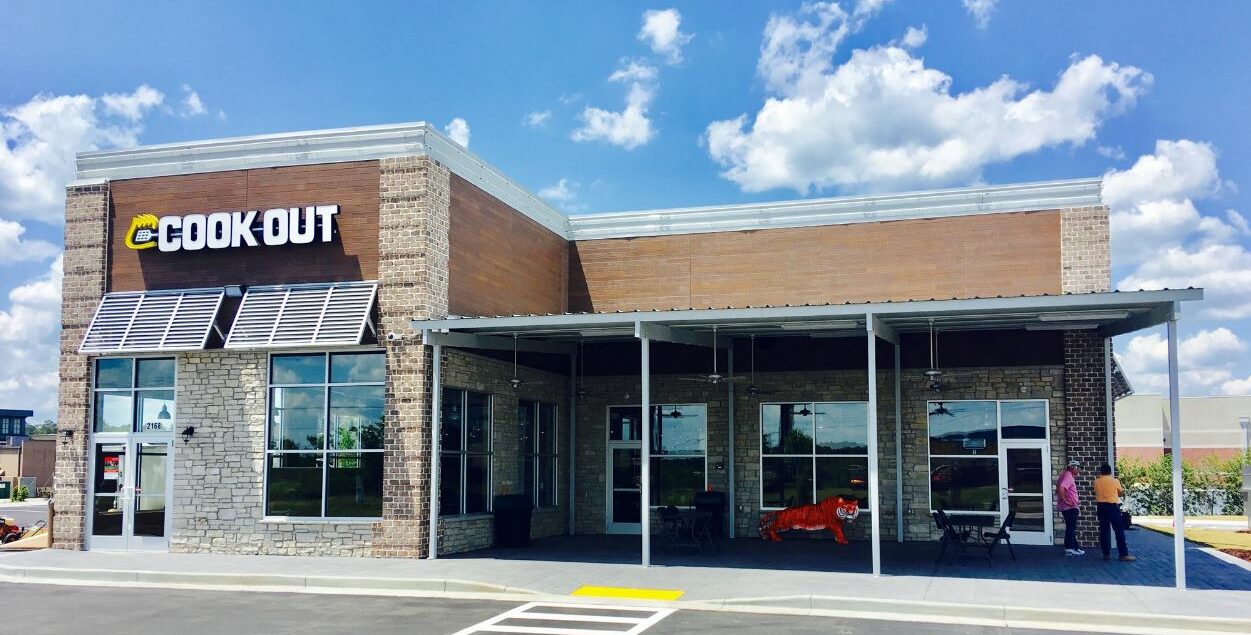 Throughout the Southeast, when you mention a Cook Out tray, people know you’re talking about an option at the quick-serve restaurant Cook Out and have an opinion on what is the best combination of one entrée, two sides and a milkshake.  As the restaurant’s popularity grew throughout the South, Cook Out expanded from a local, North Carolina-based restaurant to a regional symbol with sites located from West Virginia to Mississippi.  The geographic expansion of Cook Out is one of the reasons for the transformation of Commercial Site Design from a local firm to one of the leading civil engineering firms in the Southeast.

Started in 2003 and re-established in 2008, Commercial Site Design’s partnership with Cook Out went through two phases.  The early phase led to the development of more than a dozen local Cook Out restaurants.

Utilizing Commercial Site Design’s prior experience with prefabricated/double drive-thru projects, a concept that would become a signature of Cook Out restaurants, the quick-serve restaurant began building double drive-thru locations in towns and cities outside of North Carolina.

“The relationship is mutually beneficial,” says Jon Kuczynski.  “In the early days, Cook Out was a local quick-serve restaurant with aspirations of growing its brand and we were looking for clients to help build our firm.  We helped Cook Out navigate the development process in difficult jurisdictions (including Pooler, Ga. where we had previously worked on a BB&T) and used this success and development experience to bolster our firm as a major player in the Southeast.”